The stamp collecting in the county of Brașov has started fairly early, somewhere in late XIX-th century. We are sorry not to be in measure to illustrate documents of the yore which could allow more minute references. In 1910-1930, a local branch of the Philatelic Club of Sibiu was active, which included several local members.

According to the German journal Concordia-Post (1938), the local international exchange and correspondence club had ca. 38 active members throughout our county. The first official document concerning the birth of the Brașov Philatelic Club (as far as we are aware of) is the Constitution Minute of 31-st May 1946 which records 54 members. A few years thereafter, this club dismantled.

On the occasion of the Centennial celebration of the first Roumanian postage stamp in 1958, the Roumanian Philatelic Association was constituted, and, along with it, the local branch AFR Brașov.

In 1990, following the change of regime, the former AFR was terminated and the new Roumanian Philatelic Federation was established. The local Brașov Philatelic Association had been established sometime before, as an independent, non-profit organization, and it is still active today. 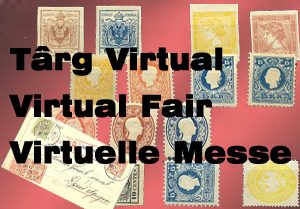